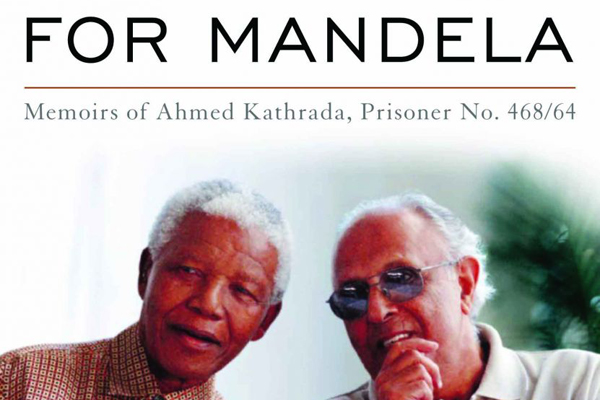 Nelson Mandela’s prison mate, confidante, parliamentary counselor and friend Ahmed Kathrada is the subject of this exhibition. The story of the renowned advocate for freedom, as well as the anti-apartheid movement itself is told through the life and work of South Africa’s beloved “Kathy.” Kathy’s exemplary leadership continues to inspire South Africans and others around the world to work for freedom, non-racialism, and democracy.

Ahmed Mohammed Kathrada (or ‘Kathy’ as he is popularly known) was born in 1929 to Indian immigrants in a rural town in South Africa. Kathy was only 12 when he began a life of tireless activism for non-racialism and democracy. He was arrested several times and, along with eight friends and fellow activists including Nelson Mandela and Walter Sisulu, he was sentenced at the famous Rivonia Treason Trial to life imprisonment. He spent 26 years in prison, eighteen of which were on Robben Island.

In 1989 Kathy was released from prison and, in 1994, in the new democratic South African government, he was elected to the South African Parliament and served as President Mandela’s Parliamentary Counselor. Kathy is the recipient of numerous national and international awards, is a prolific author, and, while in prison, earned four university degrees. (Read a biography from the Ahmed Kathrada Foundation.)

One of the more moving and dramatic elements of the exhibit is a replica of Kathy’s jail cell, from the notorious Robben Island prison. Visitors are able to experience the tiny cell and see the few personal items Kathy was allowed for more than 20 years of imprisonment.

Originally developed by the Ahmed Kathrada Foundation based in South Africa with support from the Mandela Foundation, this expanded U.S. Traveling version was supported by the University of Kentucky and Michigan State University (MSU Museum, Office of Outreach and Engagement, and Office of the President).

Michigan State University Press published one of Kathy’s works, “Letters from Robben Island: A Selection of Ahmed Kathrada’s Prison Correspondence” in 1999, and he received an honorary degree from MSU in 2005. In addition, the MSU Museum worked with MATRIX, the Center for Humane Arts, Letters and Social Sciences Online, to develop web-based educational resources related to Ahmed Kathrada in the project Overcoming Apartheid.

Your ticket for the: Ahmed “Kathy” Kathrada: A South African Activist for Non-Racialism & Democracy