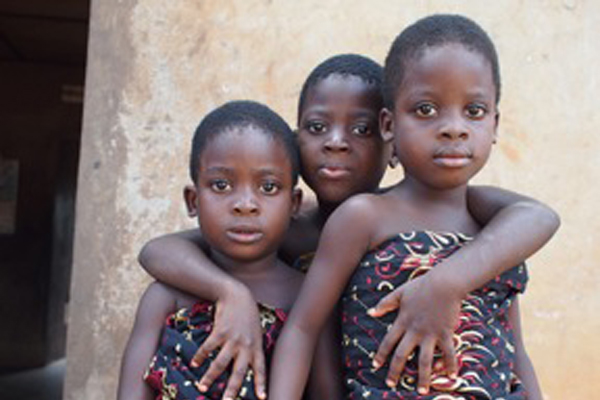 This exhibit presents a photographic contrast between the images of Pierre Verger, the French photojournalist who immersed himself in the lives, customs, and beliefs of the people of Dahomey (now Benin, West Africa.) Some of the photos he took in the 1950s are displayed side-by-side with images made in many of the same locations in 2012 by Darcy Greene, MSU School of Journalism, Assistant Director and Associate Professor.

In 1932, upon the deaths of his parents and brothers and the failure of his family’s printing business, Pierre Verger, at the age of thirty, left France. With the freedom to pursue his passions for travel, discovery and photography he spent the next twenty years venturing throughout the world taking photographs and selling them to news publications including Life, Paris-Soir, the Daily Mirror and O Cruzeiro (Brazil).

Over time, through interactions with people of the African Diaspora in South America and the Caribbean, Verger became deeply interested in West Africa. He was especially drawn to Benin and went there in an attempt to understand the origins of the Vodun cults which had been exported to Brazil through the slave trade.

Verger was initiated into several Vodun cults while in Benin and was recognized by cult leaders by being given the name “Fatumbi” which means, “he who is reborn.” From 1946 to 1979 he split time between West Africa and his home in Salvador, Brazil. He ultimately returned to Salvador and continued his work there until his death in 1996 at the age of ninety-three. At present, his photographs and writings are housed in Salvador at the Pierre Verger Foundation.

While serving in Benin as an American Peace Corps Volunteer from 1969 to 1971, Darcy Greene discovered a copy of Pierre Verger’s book, Dieux d’Afrique (Gods of Africa, (1959)) and was captivated by its contents. She had seen many of the activities it depicted – Vodun ceremonies in particular – in the village in which she had lived and worked. In the years since her return home Greene had often wondered how Verger’s extraordinary photographs – many of them taken in the 1950s – would compare to those taken today.

In 2012, with the support she received from a Michigan State University Humanities and Arts Research Program Development Grant, Greene travelled to Salvador to conduct research at the Pierre Verger Foundation. This exhibit represents Greene’s ongoing interest in using photography to examine what has changed and what has remained the same in people’s lives and environments over time.

Listen to an interview with Professor Darcy Greene on WKAR.

Your ticket for the: Revisiting Verger’s Dahomey: A Photographic Contrast