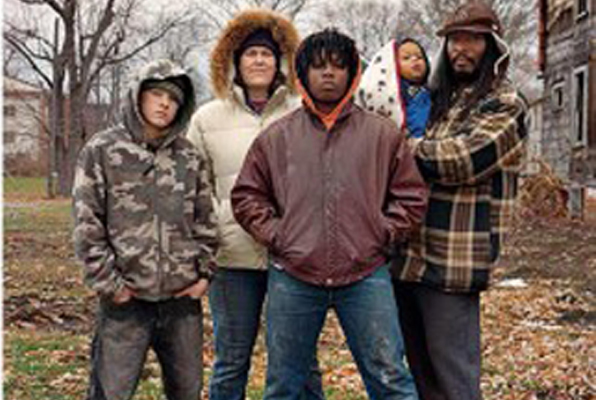 The MSU Museum teams with National Geographic to present “Taking Back Detroit”? inspired by the magazine’s recent feature depicting the city of Detroit’s comeback as it emerges from bankruptcy.

“Taking Back Detroit”? profiles real Detroiters in their own words, and gives a glimpse at the challenges, hopes, ideas, grit and determination that will help reinvent the city. The exhibit opens in the MSU Museum’s Main Gallery June 24 and runs through January 2017.

From the exhibit: “In less than five decades, the once vibrant Motor City lost more than half its population and gained a reputation as a failed metropolis of abandoned buildings, widespread poverty, and rampant crime. But photos of derelict homes and empty lots can create a misleading impression. The city ranks 69th in population density – people per square mile – among U.S. cities with more than a hundred thousand people, ahead of Las Vegas, Denver, Phoenix, and Portland, to name just a few.’

“Taking Back Detroit”? expands a view of investors, innovators, young adventurers and die-hard natives who abound, as the nation’s biggest urban bankruptcy is in the rearview mirror.

National Geographic’s “Taking Back Detroit”? has many MSU connections, making it right at home in the science and culture museum at Michigan State University. The exhibit, produced in partnership with the MSU College of Communication Arts and Sciences, premiered in Detroit with Bedrock Real Estate Services and Quicken Loans. “Taking Back Detroit”? was written by Susan Ager, anMSU graduate.

“National Geographic’s brand of storytelling has allowed us to produce an accurate, narrative exploration of what has happened to one of America’s most important cities”? explained Susan Goldberg, National Geographic editor and an MSU alumna herself. “The result is a story that, no matter how much you’ve read about Detroit, is a deeper, richer exploration of the city and its people than anyone else has done”?

Goldberg has been editor of National Geographic magazine since April 2014 and is the first woman to serve as editor of the magazine since it was launched in October 1888. Today, National Geographic is one of the largest nonprofit scientific and educational institutions in the world. Its interests include geography, archaeology and natural science, and the promotion of environmental and historical conservation.

Images in “Taking Back Detroit”? taken by photographer Wayne Lawrence, and a newly created National Geographic signature map of Detroit make up the exhibit.

Meanwhile, even as “Taking Back Detroit”? takes up residence at the MSU Museum, Detroit continues to write its story of revival. To that end opening July 18, the exhibit will also profile the work of Michigan State University faculty, researchers, educators and students who have undertaken community-based projects to enhance quality of life in the region.

Featured research projects include interactive stations exploring neighborhood redevelopment, health and safety: “Neighborhoods Impact Our Health”? and work drawn from the departments of Criminal Justice and Geography; “Neighborhoods Help Meet Our Needs”? from Geography Environment Spatial Sciences; and “Neighborhoods Change Over Time”? with the School of Planning, Design and Construction.

“Taking Back Detroit”? continues work at the MSU Museum, which also produced the exhibition “Detroit Resurgent”? a series of photographs and profiles (along with a companion book by MSU Press, 2013) as part of a 25-year, global project exploring work and workers by Paris-based photographer Gilles Perrin and interviewer Nicole Ewenczyk. The project provides a counter-narrative to a broken Rust Belt city, where greatness is a distant memory.

“In this way, exhibitions like these serve as a platform for informal learning, personal discovery and public debate”? noted Lora Helou, MSU Museum acting director.

Watch this video to learn more about MSU Detroit Semester, a Spartan engineering co-op in the Metro Detroit Area!

Your ticket for the: Taking Back Detroit Exhibit