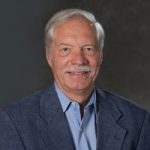 Kurt Dewhurst serves as the director for Arts and Cultural Partnerships and as a Senior Fellow, University Outreach and Engagement (UOE). He is director emeritus of the Michigan State University Museum, as well as a curator of folklife and cultural heritage and a professor of English and Museum Studies. Dr. Dewhurst directs and coordinates a variety of arts and cultural programs for University Outreach and Engagement. The author or co-author of numerous books, articles, and exhibition catalogs, he has also curated over 60 exhibitions and festival programs. He teaches courses in folklife, material folk culture, and museum studies. He is past chair and current member of the Board of Trustees for the American Folklife Center of the Library of Congress. He has also served as president of the American Folklore Society, chair of the Advisory Council of the Smithsonian Center for Folklife and Cultural Heritage, chair of the Michigan Council for the Arts and Cultural Affairs, vice-chair of the Michigan Humanities Council, and president of the Michigan Museums Association. He is an advisor to the Nelson Mandela Museum in Mthatha, South Africa; planner for the development of the new Ahmed Kathrada Foundation Museum Center on Non-Racialism in Johannesburg, South Africa; and advisory to the Desmond and Leah Tutu Legacy Foundation in Cape Town, South Africa. He has served as an advisor to the development of the Nokomis Learning Center, Okemos, MI; the National Cultural Center in Bangkok, Thailand; and the National Heritage and Cultural Studies Center at the University of Fort Hare, Alice, South Africa. He also serves as a senior reviewer for the Accreditation Program of the American Alliance of Museums.

Dewhurst is a past recipient of a Fulbright grant to work in Thailand with the National Culture Commission of Thailand and participated in a French-American Foundation Arts Administrators Exchange Program in France. He was honored with the Américo Paredes Prize by the American Folklore Society for excellence in integrating scholarship and engagement with communities. In addition, the Great Lakes Folk Festival was recognized in 2004 as the best project in the 30-year history of the Michigan Humanities Council. In 2011 he was elected a Fellow of the American Folklore Society. He received the 2018 MSU Charles Gliozzo Award for International Diplomacy.

In the past decade he coordinated a major cultural heritage training program in South Africa; served as co-curator of the 2006 Smithsonian Folklife Festival program, Carriers of Culture: Native Basket Traditions; was co-curator for the major international exhibition, Dear Mr. Mandela, Dear Mrs. Parks: Children's Letters, Global Lessons (in South Africa and the US) and Ahmed “Kathy” Kathrada: A South African Activist for Non-Racialism and Democracy in the US. He was awarded a Fulbright grant at the University of Witwatersrand, Johannesburg, South Africa, where he assisted on the re-development of the Museum of Anthropology. He is one of the leaders for the US-Africa Cultural Heritage Strategic Partnership and the American Folklore Society/Chinese Folklore Society Folklife and Intangible Cultural Heritage Partnership project involving museums from both countries. He has served as co-curator for an exhibition in 2015, Nani I Ka Hala: The Vibrancy and Vitality of Lau Hala Weaving in Hawaii, Bishop Museum, Honolulu, on living Native Hawaiian lauhala weaving traditions, and the 2012 Smithsonian Folklife Festival Program, Campus and Community: Public Universities and the USDA at 150. He is one of the leaders of the 2018-2021 Ubuntu Dialogues: Museums and Communities Connect collaborative project between MSU and Stellenbosch University Museum, Stellenbosch, South Africa.  He also is a member of the leadership team for a new international alliance, Cultural Heritage and Museums on the Move: Migration and Mobility, based at Lund University, Lund, Sweden.

Your ticket for the: C. Kurt Dewhurst