Of Feathers and Festivals: The Power of Place

This month, the Museum opens a new exhibition on Michigan Bird Conservation, and hosts the 30th annual Great Lakes Folk Festival (August 11, 12, 13). What do these seemingly disparate activities have in common?  Museum Director Mark Auslander muses on all that links together “feathers and festivals,” and announces the Museum’s upcoming digital “ambassador.” 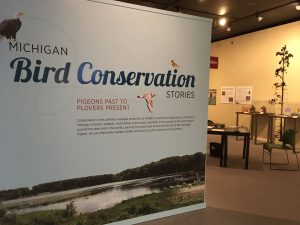 As I complete my first month as Director of the MSU Museum, I’m struck by two flurries of activity throughout the institution.  Last week, we opened our new exhibition on “Michigan Bird Conservation Stories,” with a reception attended by over two hundred ornithologists and bird lovers, visiting MSU for the annual conference of the American Ornithological Society. Later this week, the Museum will mount the 30th annual Great Lakes Folk Festival (August 11 – 13) in downtown East Lansing — featuring over a dozen musical acts, along with a dizzying array of hands-on presentations by folk art makers and cultural workers.  What, I have been wondering, binds together all these activities, on and off campus?

At first glance, a bird exhibit and a folk festival might seem a very odd couple indeed.  The exhibit is indoors, in a quiet space of contemplation, centered on motionless taxidermy specimens; the festival is outdoors, filled with rollicking energy, exuberant music making, and the constant motion of human bodies up and down city streets. The exhibit is focused on the non-human world of birds; the festival foregrounds the creative labor of human hands—making music, food, clothing, and other objects of beauty.  The exhibit showcases scientific research devoted to wildlife conservation; the festival celebrates human made arts from around the state and around the world.

Making a “Place”: From Nature to Culture

Yet, working with the museum staff this past month, I’ve come to appreciate the commonalities that cut across the exhibit gallery and the outdoor festivities along Albert Street. First and foremost, both enterprises celebrate the power of place, causing us to reflect upon what transforms a physical geographical space into a meaningful, lived place. With the retreat of the glaciers about ten thousand years ago from the territory we now call Michigan, it may be that birds were the first returned “ambassadors” of complex life to the recently re-exposed soils (presumably flying ahead of mammoth, mastodon, and caribou.) Along with the winds, birds must have brought back the seeds that propagated the state’s magnificent forests and grasslands (and which later were transformed by indigenous communities into maize and other cultigens). As human Native American communities spread through the post-glacial landscapes they would have been constantly surrounded by a remarkable array of bird song, helping mark the passage of the seasons and making local ecosystems recognizable and distinctive. For millennia, the flesh and feathers of birds have been understood as sacred gifts to people from the other world, nurturing and beautifying human bodies. Birds have long had vital roles in indigenous spiritual ceremonies that sustain and restore the universe. Their songs help inspire diverse forms of human language and music making, just as their singular and collective flight paths have modeled human dance forms, and their intricate nests have inspired human architecture. In more ways than we can imagine, birds actively create place, for human and non-human inhabitants alike. 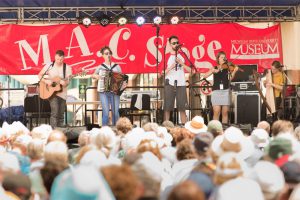 The Great Lakes Folk Festival is heir to long histories of human imagination, creatively transforming natural elements (ranging from porcupine quills to avian feathers to animal vocalizations) into cultural products, including human adornment, language, and music. Like birdsong, each of these traditional arts helps to turn a relatively empty space into a meaning-filled place, a specific locale with distinct attributes that help to establish it as a unique environment, a home, a vital pre-condition of being in the world.

This weekend at the festival we will encounter the arts of sensuous place-making in all their dizzying variety: from the mountains of Rwanda to the bayous of Louisiana, from the hollers of Kentucky to the windswept canyons of the Far West.  Through music, dance, storytelling, food, architecture, cultivation, fishing, and other reproduced patterns of action, individuals and communities actively fashion ourselves and our environs in dynamic choreographies. We are, at the end of the day, place-making animals, albeit highly mobile and volatile animals—who can perhaps destroy a locale even more easily than we can create one.

And here we confront the deepest affinity between the bird conservation exhibit and the folk festival. Both remind us that the glorious tapestry of diversity, in biological or cultural realms, can never be taken for granted. The exhibit chronicles the research, undertaken here at MSU on robin exposure to DDT, that helped lead to Rachel Carson’s masterpiece, Silent Spring. In 1962, Carson asked us to contemplate a world without birdsong, a silent, barren, homogenous landscape that could all too easily be the unintended byproduct of the human race’s technical mastery over nature.  As we learn in the exhibit, thousands of scientists and activists, inspired by Carson’s prophetic warnings, have labored long and hard to restore the state’s populations and habitats of Kirtland’s Warblers, Piping Plovers, American Robins, and Trumpeter Swans. The symphony of variegated birdsong that now heralds each Michigan spring is testimony to the success of their efforts, and a reminder that our struggle to safeguard biodiversity must be forever vigilant.

Folk Festivals, not coincidentally, came into their own in the 1960s and 1970s, precisely the same period that Rachel Carson’s work began to have its radically transformative impact. Postwar economic growth led to new patterns of residential growth and dispersion, separating millions of people from landscapes and communities where their fore-parents had lived and worked for generations. Mass media technologies and commodity distribution systems led to rapid, market-driven homogenization in language, music, architecture, foodways, and just about everything that had made local environs unique and distinct.

In this context, more and more people found themselves longing for alternate kinds of “home,” through active engagement in distant natural environments and in identifiable regional and local cultural life-routes.

The Great Lakes Folk Festival emerged out of this paradoxical impulse of life in the modern world: the more we are exposed to the dreary convenience of identical suburbs, fast food joints, and Big Box stores, the more we revel in the place-less wonders of instantaneous communication online, the more we long for a form of compensation offline, for all that which is unmistakably different and local, in sound, smell, taste, touch, and sight. The more, in short, we long for Place.

A Temple to the Muses

Taken together, “Michigan Bird Conservation Stories” and the Great Lakes Folk Festival remind us of the origins of the museum system, in the ancient Greek “Mouseion,” a temple of the muses, devoted to the full range of human creative inspiration, eternal gifts of the Immortals to us, their mortal posterity. The most famous of these temples, the Musaeum of Alexandria, was a grand assemblage of written scrolls. (It was the inspiration, as it happens, for the Citadel that features so prominently in this season’s Games of Thrones.) Modern museums of course contain much more than texts, assembling all manner of scientific specimens and cultural artifacts. Yet, they still remain temples, as it were, to our unquenchable human curiosity and desire to understand the universe and our place within it. 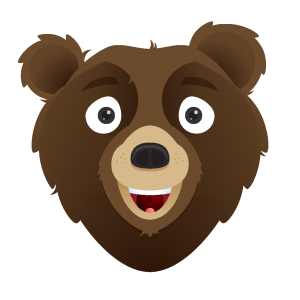 We often like to remark that MSU Museum is the place “where science and culture meet.”  In this spirit, the week after the festival, we will inaugurate a new twitter stream, @MSUMuseumBear, in which we’ll hear every few days from the museum’s beloved brown bear, the subject of my last Director’s Letter.

The bear will let us know what’s happening in our natural science, archeological, historical and folk arts collections and exhibits, and give us reports from this year’s Folk Festival and other sponsored public programs.  He will help us celebrate everything that makes the museum a distinct place, as well as all the natural and human-shaped places that inspire our curiosity.  Along the way, we like to joke, he’ll remind us of our new ambition for the museum, as a place, “where science and culture tweet!”

Your ticket for the: Of Feathers and Festivals: The Power of Place

Of Feathers and Festivals: The Power of Place